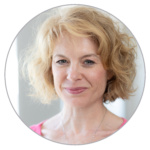 Annie leads the design and delivery of Lifetime Arts’ professional development efforts. She has consulted on creative aging initiatives across several sectors to help individuals and organizations to build their capacity to implement and sustain creative aging programs.

Annie’s recent virtually-led trainings include Maryland State Department of Education, Louisiana Arts Summit, and the Mid-Atlantic Teaching Artist Conference. Annie has presented at several national conferences such as The National Guild for Community Arts Education, Grantmakers in the Arts, the American Alliance of Museums, American Alliance of Theatre Educators, The Creative Center at University Settlement, and LiveOn NY.

With 20+ years experience of working as a teaching artist, and 15 years working in the field of creative aging, Annie instinctively works in community and partnership with every client to help identify the needs of the organization and facilitates a strategy plan with them that will lead each organization to a path forward of maximum growth and sustainability of their creative aging programs. Annie received her Bachelor of Fine Arts in Acting from Boston University, and her masters in educational theatre from New York University. 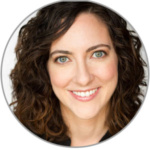 Julie brings her background as a creative aging arts administrator and accomplished artist and teaching artist to her facilitation of Lifetime Arts’ trainings across the country, and support of the design and development of training curriculum.

In her previous role as Program and Training Director for creative aging pioneer organization Elders Share the Arts, Julie led trainings for teaching artists and senior service organizations in Rochester, New York, supported by the New York State Council on the Arts and the New York Community Trust, and presented to the U.N. Sub-Committee on Intergenerational Relationships and American Society on Aging’s National Conference.

Julie was awarded multiple years of NYC’s SPARC/SU-CASA grant for her original performance series, “Seniors and the City,” a collaboration with oral historian Liza Zapol, and was an inaugural grantee of the Brooklyn Arts Council’s 2018 Charlene Victor/Ella J. Weiss Cultural Entrepreneur Fund, supporting leading women in the arts and arts administration. Julie received a Bachelor of Fine Arts in Acting from The Theater School of DePaul University, Chicago. 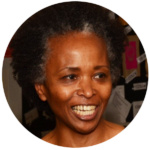 Ann deVere is a veteran teaching artist and design educator, professionally trained and educated as an architect with a visual arts concentration in printmaking. She has taught classes and workshops in public schools, cultural centers and arts organizations throughout NYC, in addition to implementing arts programming for all ages.

Ann first stepped into a classroom in 1998 at the Robert Blackburn Printmaking Workshop in their Community Outreach Program. She has worked with the High Line, Henry Street Settlement’s Abrons Art Center, FDR Four Freedoms Park and the Lower Manhattan Cultural Council (LMCC) among others. A native New Yorker, Ann maintains a creative practice as a visual and socially engaged artist. Her awards include several MacDowell Colony Printmaking Fellowships, a Ralph Fabri printmaking scholarship from the National Academy School of Fine Arts and numerous LMCC “SU CASA” teaching artist residencies.

Degreed in architecture from Pratt Institute, Ann employs both the applied and fine arts to engage students in critical discourse, concept development and creative problem solving — all the while drawing upon their imaginations. As a measured result, her students develop a sense of their own capabilities, discover their ideas have value, and learn how they can enrich the environments around them. 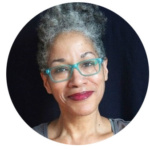 Asma is a Brooklyn-born and raised artist who particularly savors facilitating community building. She enjoys storytelling, movement and percussion as her vehicles to explore social justice, history and language with students ages 3-103. Asma has worked with many arts and education programs throughout the five boroughs, including The Brooklyn Arts Council, Community Word Project, Urban Bush Women’s BOLD, Lincoln Center, The Morris Jumel Mansion and DreamYard Project. In November of 2018, she joined The Park Avenue Armory Teaching Corps.

Her career as a performer has included working with Urban Bush Women, Edwina Lee Tyler and A Piece of The World, Forces of Nature, LadyGourd Sangoma and Obba Babatunde. She also performed in “The Love Project” with dancers from 2 to 80 years of age, directed and choreographed by Penelope McCourty. She can be found as the lead actress in, “A Powerful Thang” by filmmaker Zeinabu Davis and contributed to the soundtrack of Ms. Davis’s film “Compensation.” Asma has also been a muse for artists Harvey Dinnerstein, Quimetta Perle, and George Staempfli. 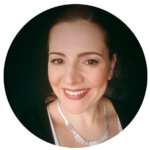 Daniela is an experienced teaching artist and program manager who’s passionate about bringing dance, theater, and music to both children and adults.

In 2019, Daniela founded Silver Shoes Dance Club, a social dance program for adults over 55. She believes the countless benefits of ballroom and Latin dance should be accessible to adults of all economic backgrounds. As a trained ballroom dancer, Daniela enjoyed a long career with New York City’s Dancing Classrooms Program, where she can be seen in the Documentary Film, “Mad Hot Ballroom.”

Daniela is a graduate of The American Musical & Dramatic Academy where she studied musical theater performance and dance. She continued her studies at The Lee Strasberg Institute and the London Academy of Performing Arts. 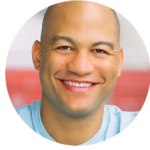 Clark has served thousands of New York City public school students as a teaching artist in the areas of theatre, movement, creative writing and improvisation, in classes ranging from advanced students to the severely emotionally disabled.

A few organizations he has taught for include Lincoln Center Theater, Elders Share The Arts, Children’s Museum of Manhattan, Queens Theatre, Brooklyn Academy of Music, and Theatre For A New Audience. He has also taught at HB Studio, New York Film Academy, Hunter College, St. Francis College, and as a private coach and corporate facilitator working with Fortune 500 professionals. Clark was the 2019 recipient of the Lloyd Richards Teaching Fellowship from the National Alliance of Acting Teachers.

Clark is also an award-winning actor, writer and producer who’s appeared on Broadway and starred in numerous TV series and films. He is a member of the Academy of Television Arts & Sciences, and a proud company member of the Actors Center in NYC. Clark graduated from Stanford University and Yale School of Drama. 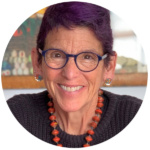 Sarah is a licensed clinical social worker and holds a Master of Fine Arts degree in creative writing. As a teaching artist, she leads storytelling and creative writing classes with EngAGE, a non-profit that provides arts programming in senior housing.

Her creative writing class at the Burbank Senior Artists Colony has recently published “2020 Vision,” an anthology of work completed during the months the class has been meeting virtually, which includes vivid journal reflections on life in quarantine during COVID-19. Sarah is passionate about creative engagement with elders as a tool for meaningful self-expression, community building and enjoyment.

In 2015, Sarah establish Imagine That!, an independent practice facilitating creative engagement for elders, primarily those with memory loss, in residential care communities, senior centers and adult day programs. She is a Certified Facilitator and Master Trainer of TimeSlips Creative Storytelling and facilitator of the Alzheimers Poetry Project model. 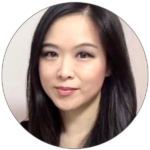 Jade is a New York-based Chinese brush painting artist who regularly conducts classes and workshops at different senior facilities, museums and other non-profit and private organizations. Jade was also a NYC’s SU-CASA teaching artist from 2018-2020.

Jade was trained in Chinese brush painting in the 80’s and the early 90’s in Hong Kong. Her art reveals a mix of Eastern and Western influences. She appreciates the simple pleasures in life and celebrates them through her art. She received a BBA at the University of Michigan, Ann Arbor and a MIA at Columbia University, New York. 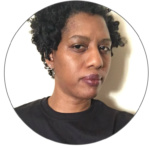 Penelope is an arts educator, choreographer and performing artist. She currently teaches dance at The Berkeley Carroll School and facilitates residencies and workshops through New Victory Theater and Park Avenue Armory and was a veteran teacher with Elders Share the Arts.

Penelope’s work has provided her the opportunity to dance with trained dogs in Liz Lerman’s Dance Exchange. Her work has been presented at St. Mark’s Church, Chicago’s Links Hall and BRIC Studios. 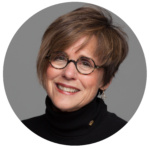 Lynda is a visual artist and educator on equal terms. Minneapolis College of Art and Design 2020 professor emeritus, Monick-Isenberg continues to guide the Teaching Artist Minor she originated at the college, facilitate BFA workshops, and mentor MFA graduate students. In addition to teaching and a lively art practice, she participates in the development and implementation of community-based arts and aging teaching residencies and curriculum. 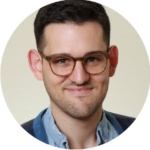 Vinny is a playwright, teaching artist and theater maker in NYC. As a teaching artist, he has spent the last 6 years working with senior citizens in writing workshops, acting classes and developing original show revues in senior centers and public libraries. In 2019, he was an artist-in-residence for the Lower Manhattan Cultural Council’s SU-CASA program. In addition to Lifetime Arts, he is a teaching artist at the Rehabilitation Through the Arts, and an adjunct professor of theater at Manhattanville College.

Vinny’s work has been seen at Object Movement Festival, The Tank, Dixon Place, Andy’s Summer Playhouse, Little Theater, The Dallas Solo Festival, Harlem Nights, the Secret Theater, New Short Play Festival, the PIT Solocom and Sarah Lawrence College. He was an Artist in Residence with the Object Movement Festival from 2018-2019 where he developed an original puppetry piece called, “You Can see Nothing From Here,” along with collaborator, Chris Carcione. 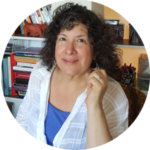 Antonia is a master teaching artist who, for more than 30 years, has worked with students of all ages and backgrounds in a wide range of settings. She has managed, directed and designed visual arts education programs in the nonprofit sector and works as a consultant, mentor and coach for teaching artists and arts administrators. She has focused this work in the creative aging field for the last eight years.

As a mixed-media artist, Antonia makes sculpture and site-specific works from repurposed materials as well as works on paper. She exhibits locally and nationally. In addition to making objects, she is interested in engaging audiences in a variety of ways — through placing artworks and participating in performances in public places, holding workshops and public events that teach about art and advocate for the environment. She holds a Master of Fine Arts degree from Queens College, CUNY. 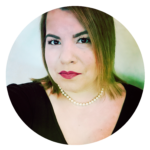 Rhynna is a Puerto Rico-born photographer and teaching artist living and working in the Bronx. Her art captures the beautiful, painful, funny, and endlessly complex lives and perspectives of people of color in her community.

In 2019, Rhynna was featured for the third time by the New York Times, which in 2018 also profiled her show #papielmaestro, a documentary exploration of the life of her father, jazz great, Ray Santos. Later that same year, Santos was chosen as an En Foco Fellow and her work exploring the lives of Latina Muslims was exhibited at Andrew Freedman Home and featured in Nueva Luz Photographic Journal. She was also recognized as a Lit List finalist by the Authority Collective. Her work has been featured in Jerome Avenue Workers Project 2015, Living Latina 2016, Photoville 2018 and Bronx Now 2018.

Rhynna is the founder of the Bronx Women’s Photo Collective, curator for the Instagram feed Everyday Bronx and member of the Bronx Photo League at the Bronx Documentary Center. Rhynna earned a Bachelor of Arts degree in Women’s Studies from UCLA in 2007 and has lived and worked in Spain, where she placed in her first photography competition, PhotoEspaña. 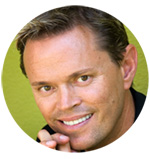 Dane is an actor, writer, singer, director and educator based in Minneapolis, MN. As a teacher, he has toured the country with residencies from elementary schools to housing for seniors. Dane is currently teaching storytelling, ukulele and voice lessons online.

Dane is known for his role as Roger Caldwell in the IVEY award-winning musical, “Glensheen” at the Brave New Workshop. He has toured Ireland and North America starring in “Triple Espresso,” garnering the Best Actor in a Comedy award. Other accolades include LA Stage Scene for “All in the Timing” and Broadway World for “Glensheen.” In Los Angeles, Dane sang as a regular at the House of Blues and at Crooner’s Nightclub in the Twin Cities.